Thank you Chapin for participating in Midlands Gives!
Your generosity helps beautification efforts across Chapin. 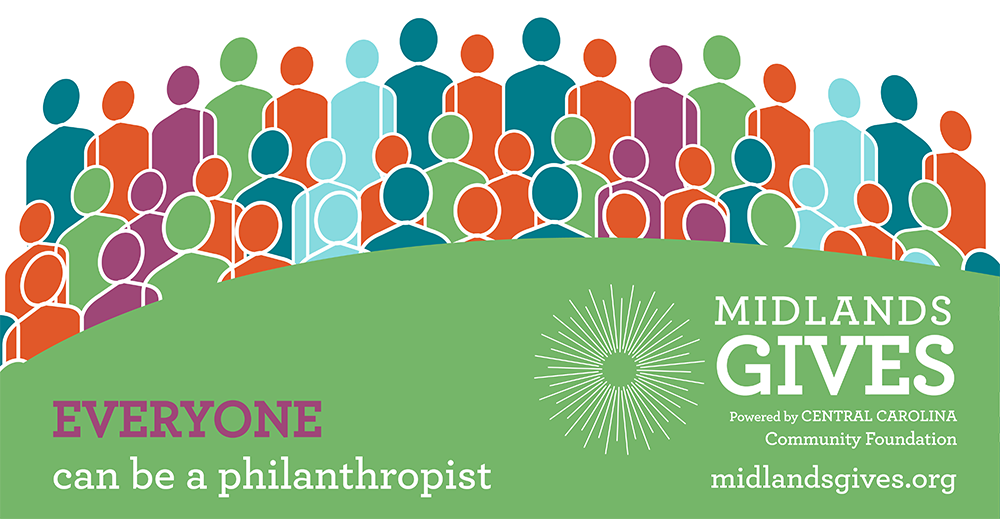 The Chapin Beautification Foundation worked with the South Carolina Wildlife Federation (SCWF), the Chapin Garden Club (CGC), and town staff to plant a pollinator garden at Town Hall in Chapin. The garden will provide nourishment and nesting benefits to bees, butterflies, hummingbirds and other wildlife. It is comprised of non-invasive native plants that provide colorful displays throughout the growing season to help transform the grounds into a place where visitors can come to enjoy nature. 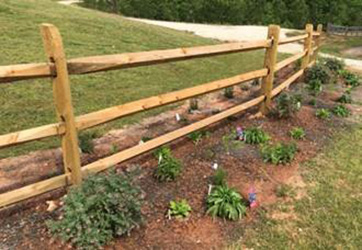 . . . will grow into a beautiful garden. 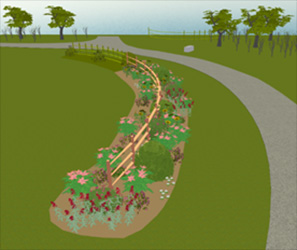 Studies indicate that areas with bird-friendly plantings have almost twice as many species as those without. Habitat gardens increase oxygen producing vegetation, visual interest, color, and tree coverage that have beneficial effects on both people and the ecosystem. What a great way to complement the natural beauty of Chapin. 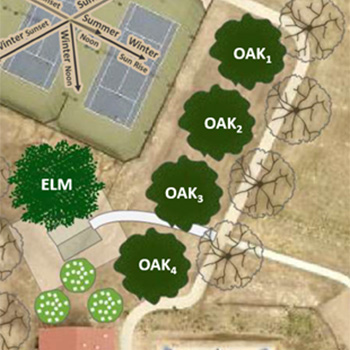 The Melvin Park design includes a few other features that have not yet been implemented. These include an Elm Tree, three Natchez Crepe Myrtles, and the possibility of another picnic shelter. If you are interested in helping us plan for these elements of this design, or other future projects, do not hesitate to contact us at info@chapinarbor.org. 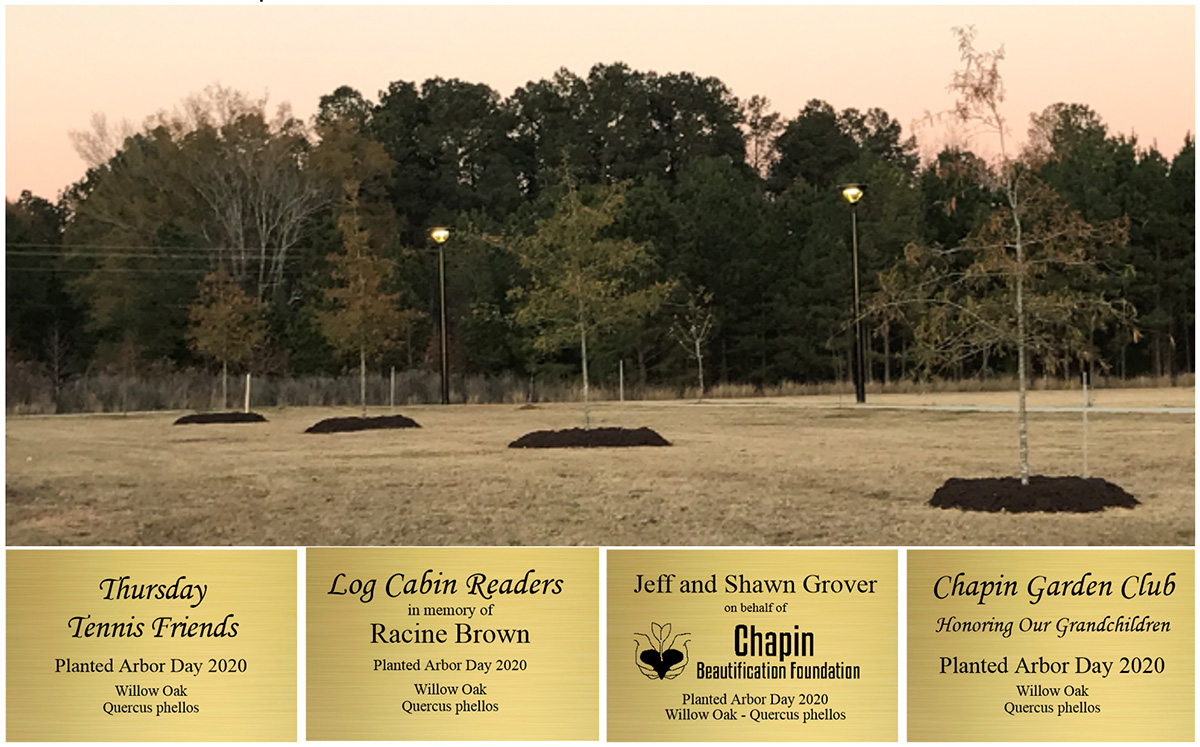 Trees and Placards at Melvin Park

The Chapin Beautification Foundation hosted its third annual Chapin Oyster Roast on Saturday, March 9, on Beaufort Street in downtown Chapin. The event featured steamed oysters and chicken bog with cash bars for beer and wine and live music on the Beaufort Street stage.

Special thanks to our sponsors: 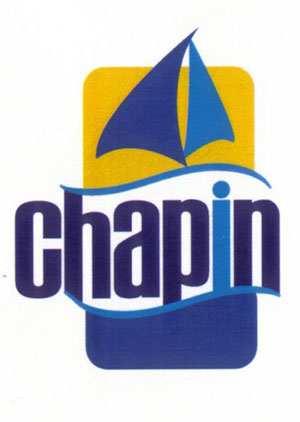 The Chapin Beautification Foundation hosted its second annual Spring Oyster Roast on Saturday, March 24, at 5:30 pm on Beaufort Street in downtown Chapin. The event featured steamed oysters and non-seafood food items for purchase provided by Hudson’s Catering and cash bars for beer and wine provided by The Tipsy Toad Tavern and live music by Peace Haven on the Beaufort Street stage.

Special thanks to our sponsors:

The Town of Chapin observed Arbor Day on Friday, December 1, 2017, with a dedication ceremony for a new planting coordinated by the Chapin Beautification Foundation and Chapin Garden Club. The ceremony also featured the dedication of a new town clock, provided by the Chapin Sunrise Rotary Club. The ceremony will began at 10:00 am in the park area adjacent to the railroad tracks and Beaufort Street (1162 Chapin Road). 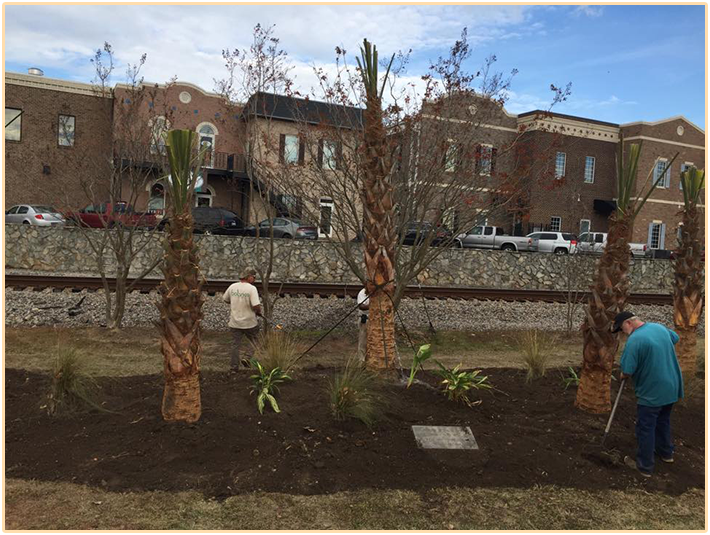 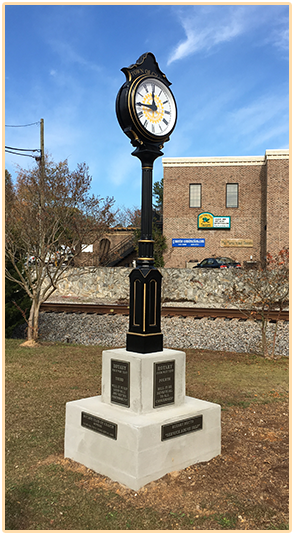 “We are excited to celebrate our second Arbor Day as an organization and are committed to working with the Town of Chapin to enhance the beauty and appearance of our community through the planting of trees,” said Gerald Meetze, president of the Chapin Beautification Foundation, formerly known as Chapin Arbor Foundation. “We appreciate all those who supported our oyster roast fundraiser last year, which helped make this landscaping project possible. We encourage everyone to mark March 24, 2018, on their calendars for our next oyster roast event, so we can complete this beautification project.”

The Chapin Beautification Foundation is a 501 c(3) non-profit organization dedicated to enhancing the beautification of Chapin through the planting and protection of trees.

The motto of the Chapin Sunrise Rotary is Service Above Self. The club’s mission is to provide service to others, promote integrity, and advance world understanding, goodwill, and peace through its fellowship of business, professional, and community leaders.

The Chapin Garden Club was organized to promote the love of gardening, protect our trees and flowers and encourage civic beauty as a 501(c)(3) non-profit organization. The club has a long history with the planting of trees in and around Chapin. In 1948, the club assisted the Ruritans with a Community Christmas tree. Early record keeping was limited but members estimate that Chapin Garden Club has planted approximately 25 trees on Arbor Day in South Carolina.

Chapin Beautification Foundation raised funds to update the small park area off Chapin Road, adjacent to the railroad tracks and Beaufort Street area. We thinned out some of the overgrown trees to allow for better visibility of our Beaufort Street district. We planted new Palmetto trees and some hearty shrubs and grasses that will be easy to maintain and add some color to the area. 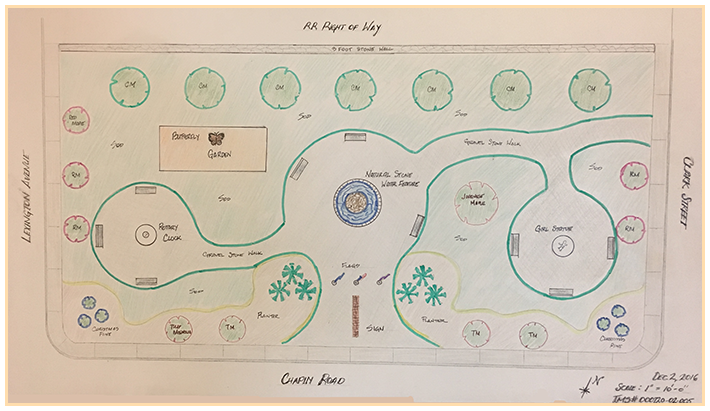 Special thanks for our presenting sponsors:

The 1934 SC General Assembly designated the 1st Friday in December as SC Arbor Day. On Friday, December 2, 2016 we held our first official tree dedication ceremony as an organization at the new Chapin Business & Technology Park at Brighton, where we celebrated the final planting of sequoias as part of the Chapin Sequoias Standing Tall project. Read more about our event here. 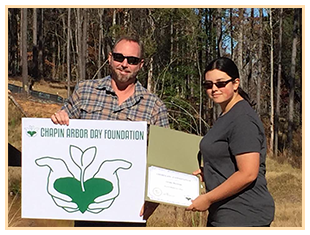 Please consider making a tax deductible contribution to support Chapin Beautification Foundation and its efforts to beautify Chapin. You can donate to either online or by check.